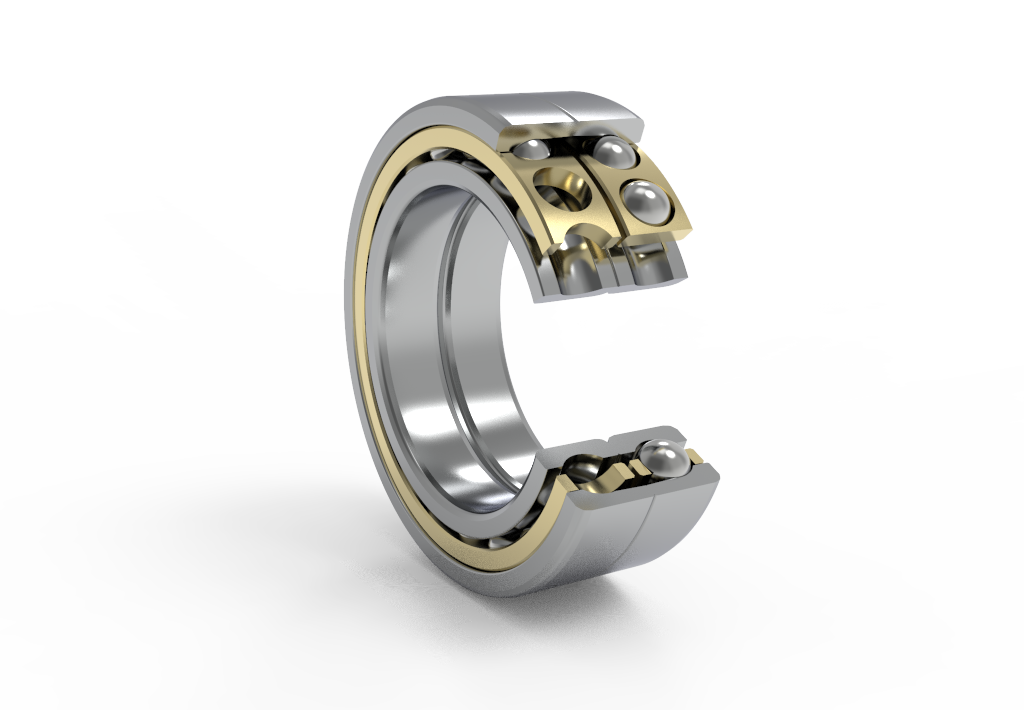 The raceways of the inner and outer rings of ACBB can have relative displacement in the direction of the horizontal axis, that can withstand combined loads — that is, radial and axial loads acting simultaneously. The axial-load carrying capacity of ACBB increases as the contact angle increases. The contact angle is defined as the angle between the line between the contact point of the steel ball and the raceway and the vertical line of the bearing axis on the radial plane. The load is transferred from one raceway to another along the line connecting the contact points of the steel ball and the raceway.

The four-point contact ball bearing is a single-row ACBB, which is a separable bearing. The steel ball contacts the ring at four points, and the contact angle is 35°. It can bear radial load and axial load in two directions or combined radial and axial load.